Oleg and I met at a mutual friend’s engagement party. I dodged giving Oleg my mobile number but later realised my mistake and chased it up from my friend the next day. We went for our first date the following week.

Oleg would like to think I had no idea about the engagement, but we had arranged a special private dining meal on the Palm in Dubai, UAE. He wouldn’t let go of my handbag all the way to there - where he was hiding the ring! So I had an idea something was different. He got down on one knee on the beach surrounded by candles.

I visited one wedding dress shop, Abbey Wedding Warehouse and the Ronald Joyce Anisha dress (style 69119) was the first one I tried on believe it or not. My Mum, my two bridesmaids and I selected a few dresses to try on… none of us picked it and it was hanging in the dressing room so the fitter picked it up by accident for me to try – it was fate! I tried on a handful after but nothing else compared. They also only had one size and it fit perfectly. 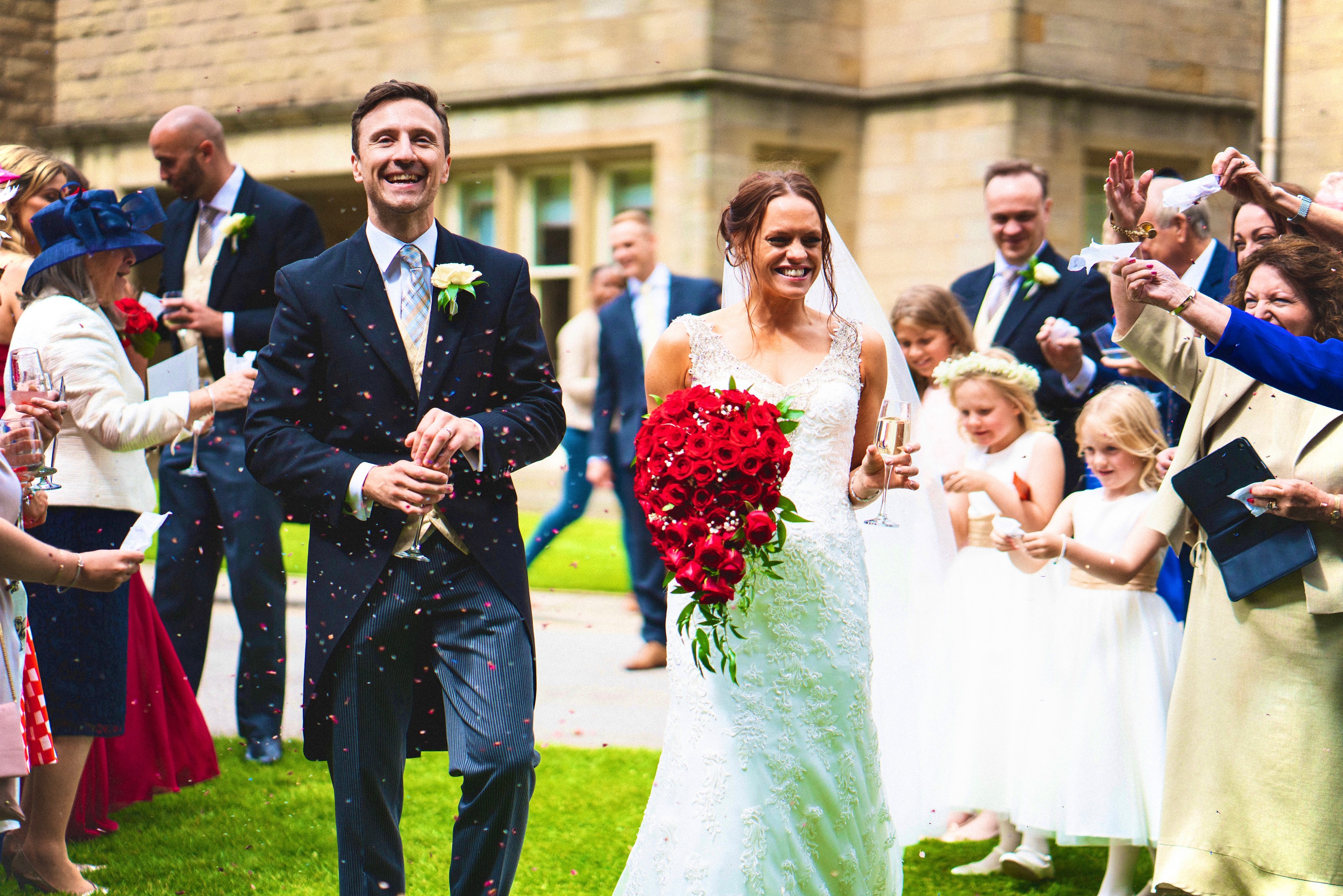 Our wedding took place at the Weetwood Hall Estate in Leeds which is a grand 17th Century Jacobean Manor House set in acres of woodland. I absolutely LOVED planning the wedding, it has made me want to be a party planner! Oleg is Russian so we tried to introduce some Russian touches… the venue put up a Russian flag on the day, the favours were Stolichnaya vodka miniatures, we had some Russian dolls scattered around too. Other than that we just wanted everyone to have fun so there was pimp your prosecco stand at the drinks reception, the standard photo booth, an awesome band, popcorn, a candy cart, flip flops for dancing and a glitter station! Even the table names were based on cocktails, we had ’Moscow Mule’, ‘White Russian’, ‘Mimosa’, ‘Cosmopolitan’ etc.

Regarding advice for future brides mine would be to get an evening photographer – I hired a local events photographer, or you could get a photography student. He took hundreds of photos of the evening party whereas most official photographers leave after the first dance. I was so happy to have all these photos of our guests enjoying themselves and the moves on the dancefloor were captured! 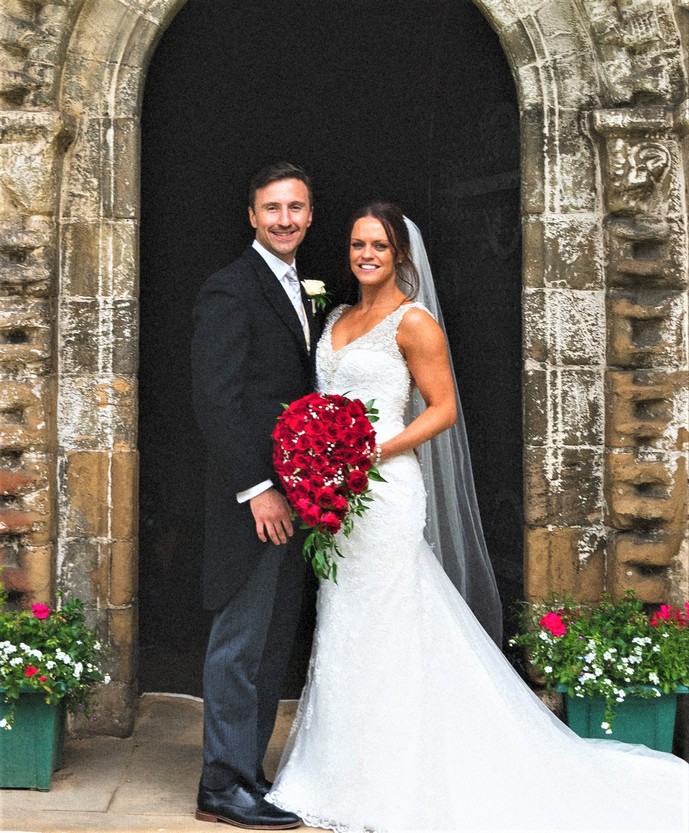 I enjoyed the church ceremony, the car ride with Oleg, and then arriving at the reception – I think these were the most special moments for me. The party was amazing and the last song ‘Angels’ by Robbie Williams had everyone singing along and our band were FANTASTIC! The funniest bit has to be Oleg saying ‘I do’ too soon and had everyone in stiches in the church and the Reverend was quite surprised but joked that he would rather have then ‘too keen than not’. Everyone laughing got rid of any nerves I had at that point!

I must say also that the morning getting ready was also super special with my girls, my two gorgeous bridesmaids Lucy and Katie, and my two beautiful flower girls Annabelle and Maddie (my nieces). I loved spoiling them with gifts that morning.

Thanks so much for sharing your story Lucy, we wish you and Oleg a lifetime of happiness! 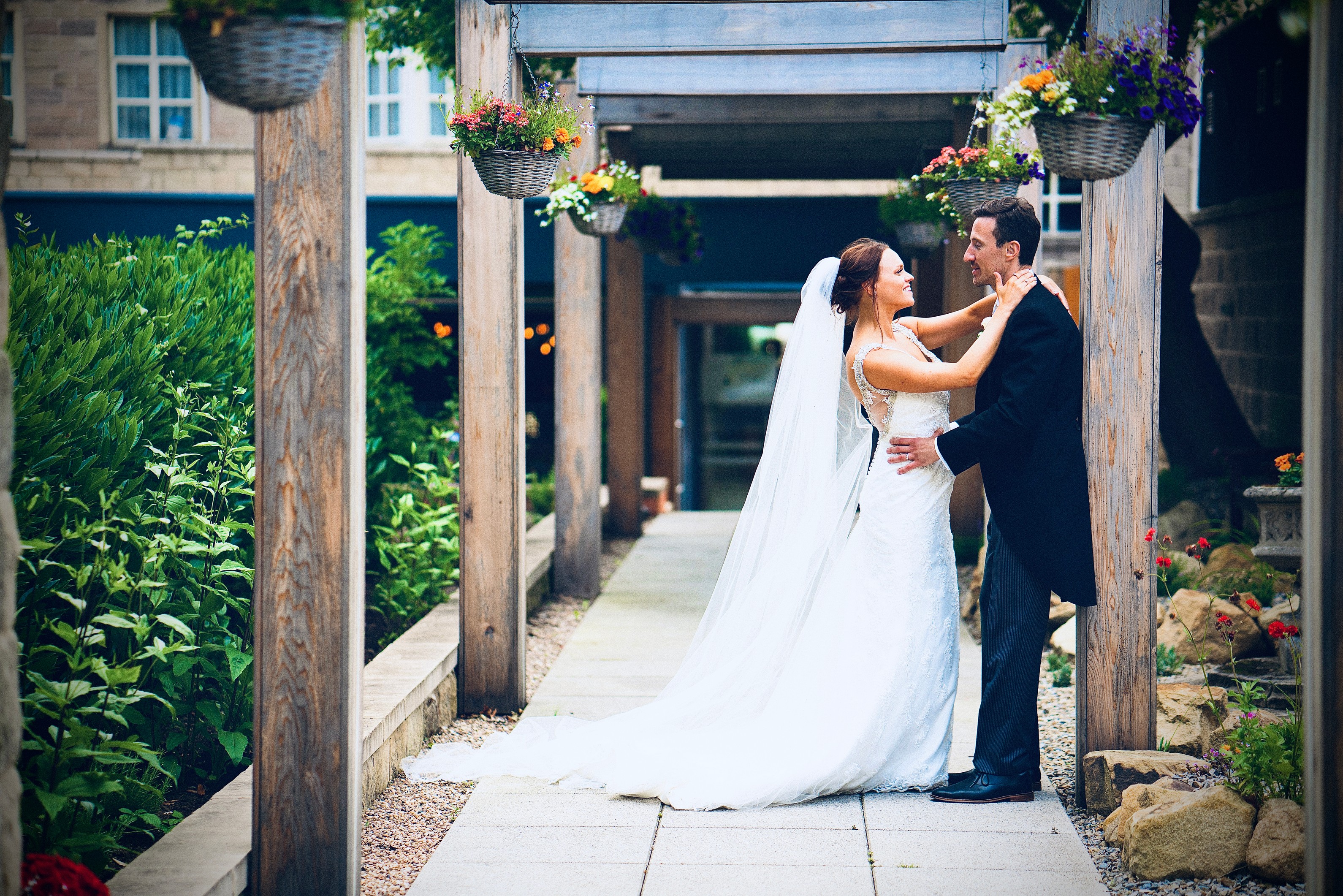