“Our wedding was on the 12th of September 2020, a very special date as it's my parents wedding anniversary (39 years married) and also Connors mothers’ birthday. We got married at The Clandeboye Lodge Hotel in Bangor. 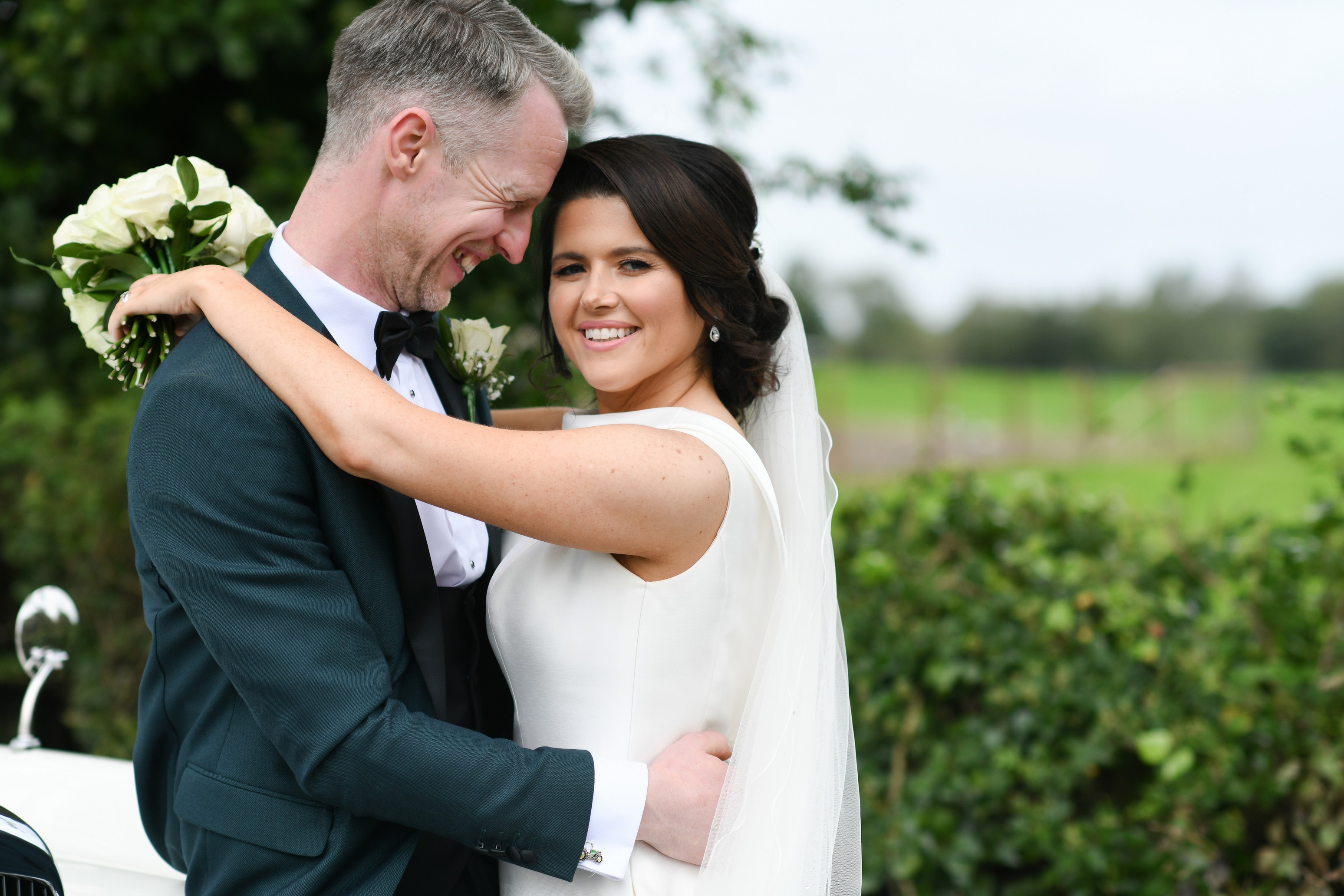 Connor and I met after I came home from travelling and Connor had been building his farm whilst working full time. We went out on a date and the rest as they say is history.

As for the proposal we were on holiday in Florence, Italy when we unexpectedly bought the engagement ring. We went for a stroll across the Ponte Vecchio Bridge which for anyone that does not know is a famous bridge in Florence although we did not realise most of the stores on the bridge were jewellers. Of course, I had to go window shopping and the very first window I looked into; I saw my engagement ring. When Connor came over to see what I was staring at, I just casually pointed to the ring and as we were walking away I just said, 'If you're ever thinking of proposing, that's the style of ring I'd like'. That's when he told me we needed to go back and get that ring as he'd already put a deposit down in a local Jewellers at home but he hadn't seen anything like the ring I'd just shown him. It was so funny because I had broken my pinky on my left hand and it was strapped up to my wedding finger so I could not even try it on. I tried it on my right hand instead and then the lady had to rush to get it resized before closing as we were leaving early the next morning. Connor then told me that he wanted to ask my parents first (which he did) and that I would not be seeing the ring for a while. He proposed 2 months later in Edinburgh after a day of gin tasting. 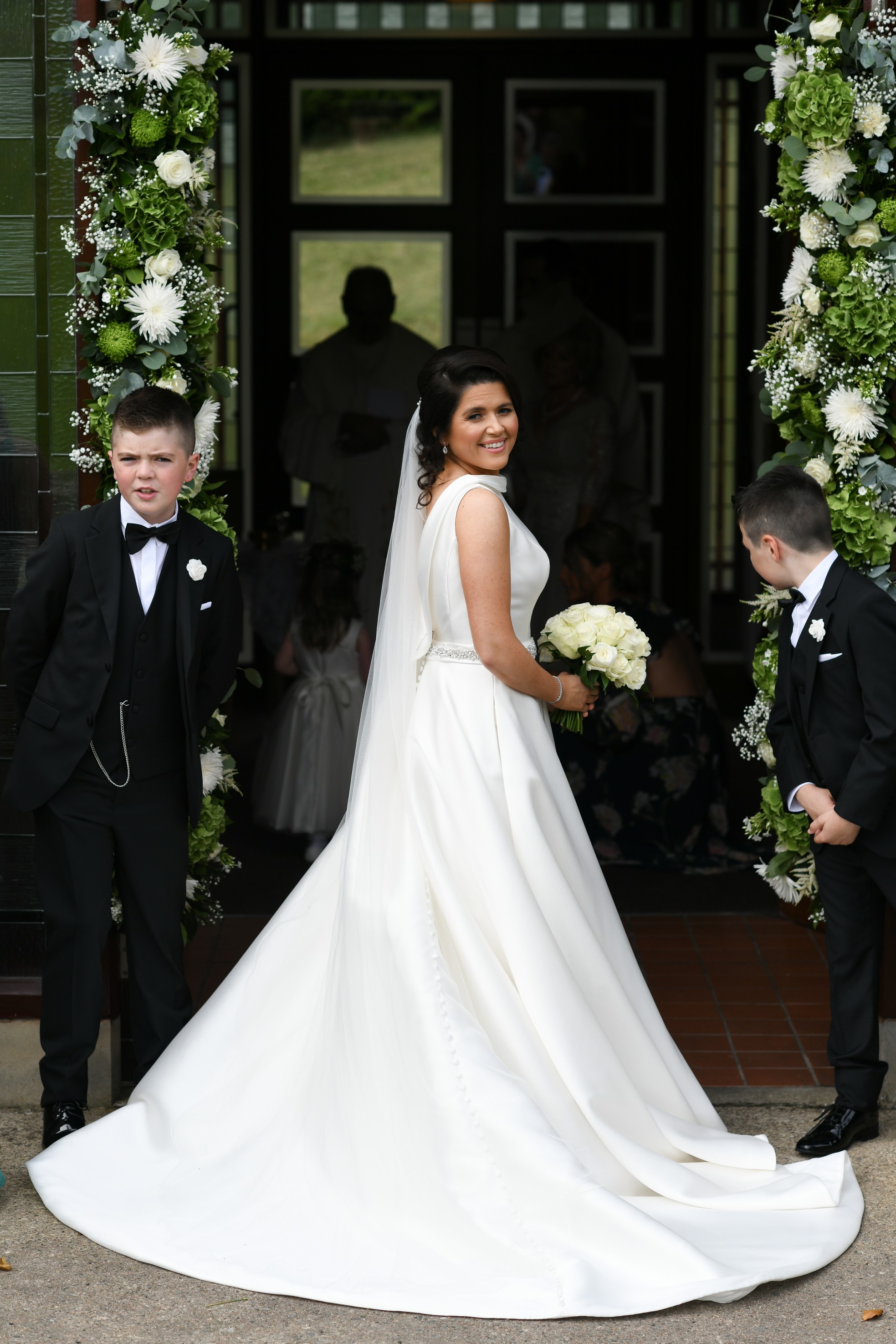 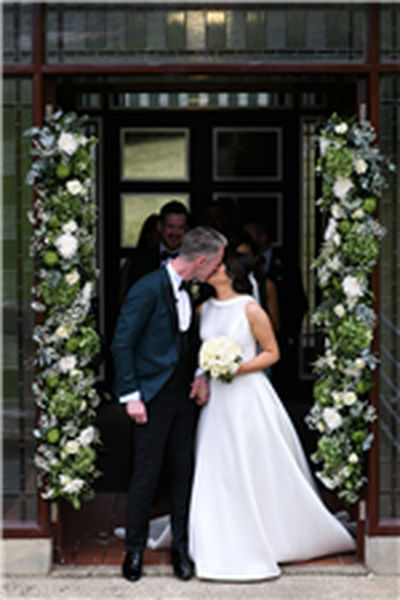 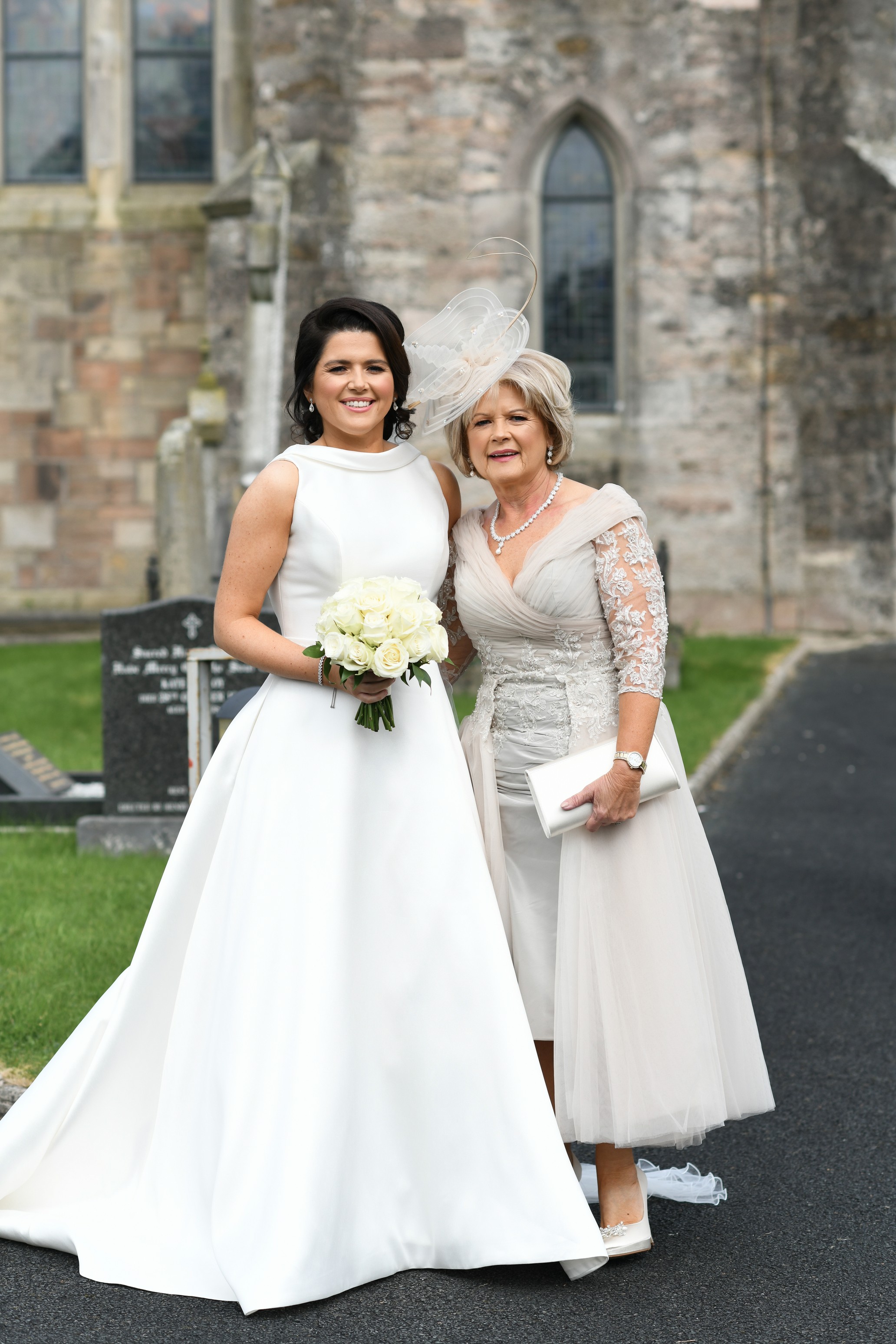 I had a little idea of the style I was after but went in open minded. I visited 4 dress boutiques in total and tried on about 10 gowns. I thought I'd found my dress in the third shop, it was another Ronald Joyce dress but I just wasn't 100% on it as I had scoliosis growing up and have always been shy about showing my back, even though everyone tells me you'd never know I had it. So, my sister told me to book one more appointment in another shop and if I did not see anything, then I should go for that dress.

So, I contacted a boutique called Wedded Bliss in Portglenone and told them the style I was after and they were so nice and helpful then they said to come and see what they had. I dealt with Joanne who was so lovely, and she had actually picked out the dress I ended up falling in love with but had hidden it until the end. Once I seen it, I just loved it. I went for the Ronald Joyce’s Victoria Jane Collection Gown Tiziana dress (18254). I didn't even notice the fact that my back would be seen but that ended up being the feature I loved the most! 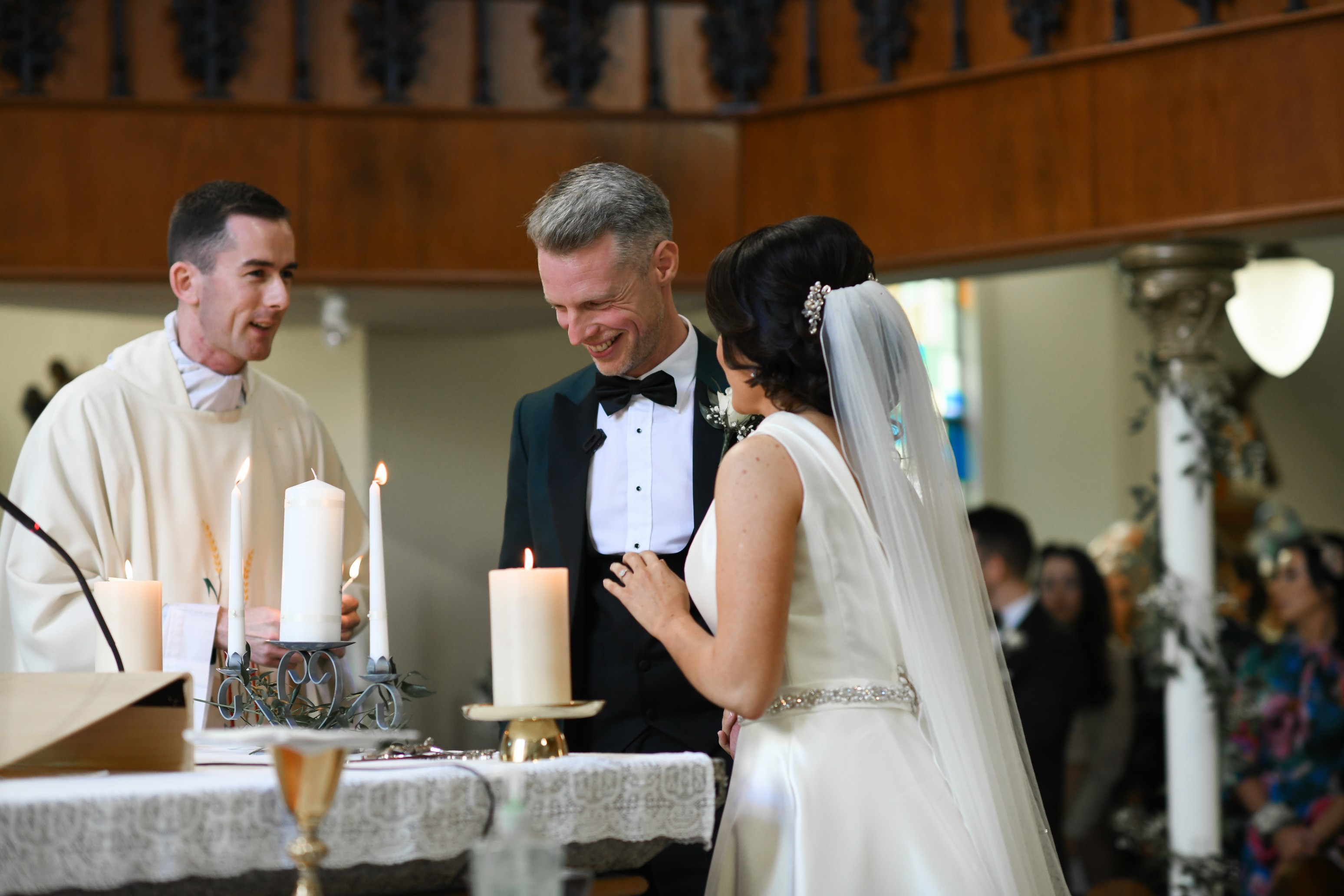 I felt like my dress had some lovely features like the round collar, deep v back, full buttons to the train and the embellished belt. I didn't want to take the shine away from it too much so I wore some Paul Costello pearl earrings that Connor got for me and a simple diamond bracelet that my friend lent to me. I also wore some beautifully embellished hair slides from The Little Pearl Company and a beautiful barely-there veil with scattered Swarovski crystals from Cotswold Wedding Veils on Etsy.

The planning process had been a breeze until a world-wide pandemic came along. For some reason, I just had this feeling that we would still be able to go ahead with our wedding, one way or another. We just wanted to get married. Don't get me wrong, there were plenty of tears along the way but that was mainly down to the uncertainty of it all, but we got there in the end.

For other brides, my advice would be to try to keep things simple then nothing much can go wrong. I was prepared to have to change our date if we needed to and was keeping everyone informed as much as I could. 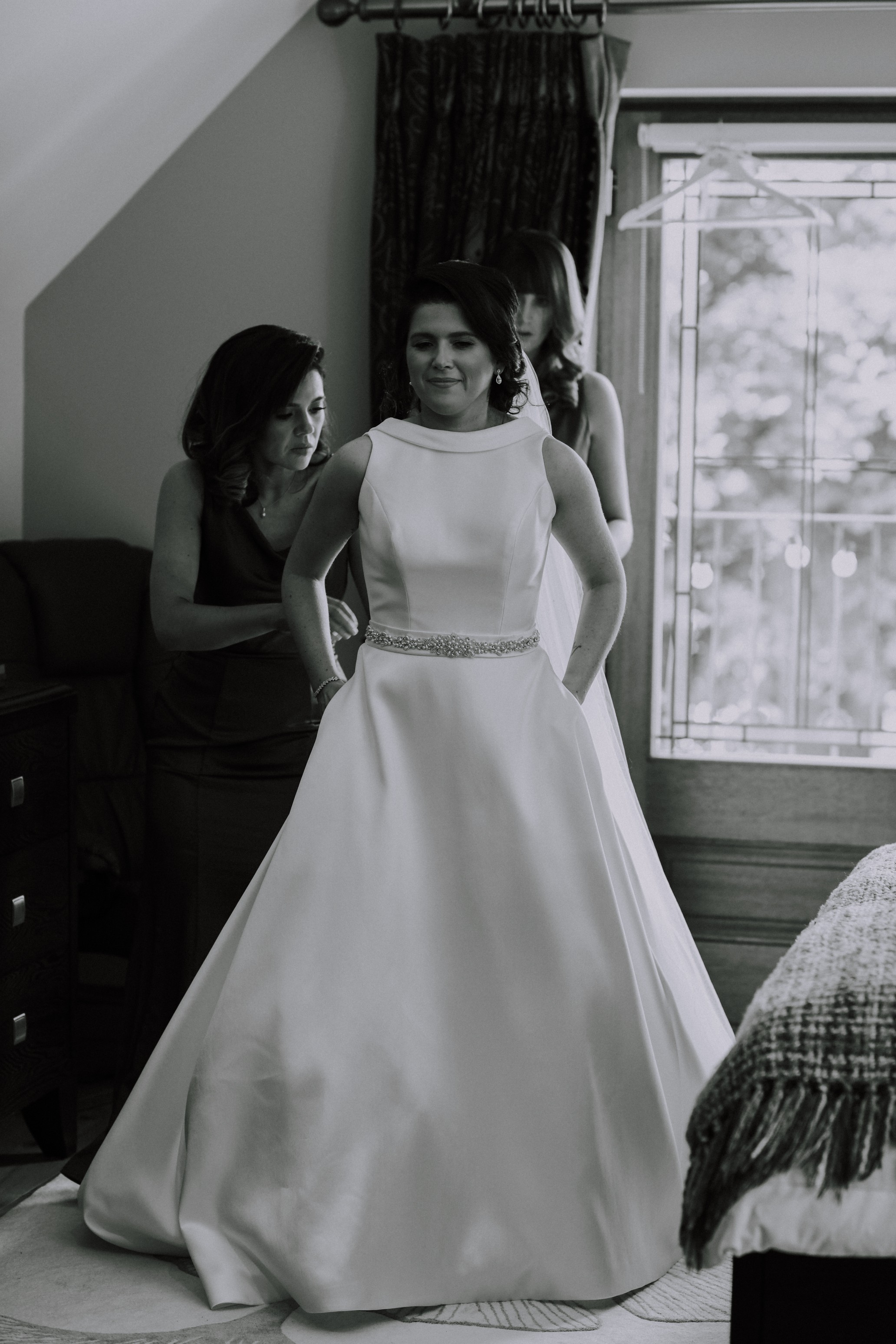 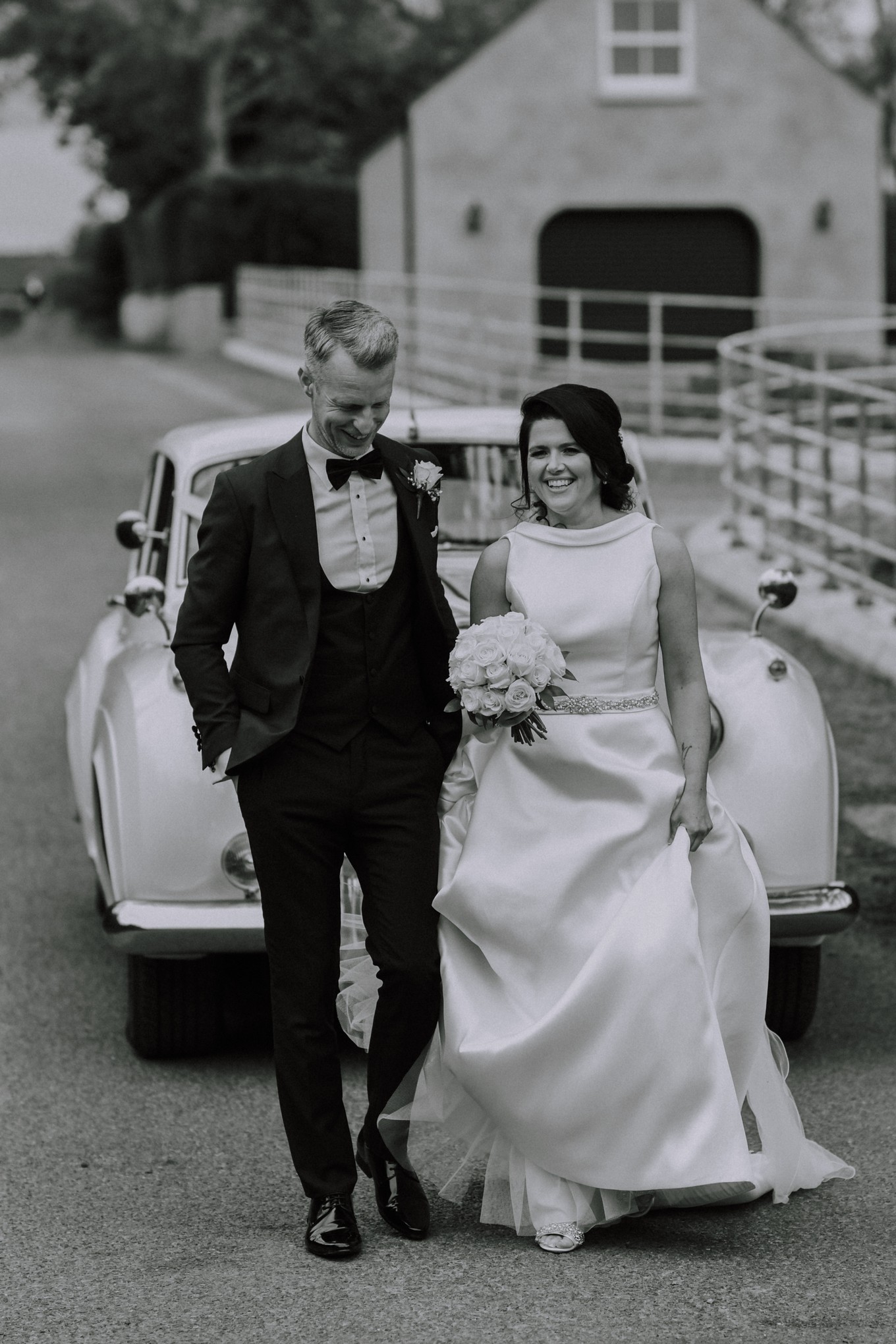 There are a lot of best bits from our day but I'd have to say I'll never forget the feeling of turning the corner into the chapel and seeing Connor at the end of the aisle and my family and friends all smiling at me. I let out this huge sigh of relief and just felt the weight of the past 7 months lift. We never stopped smiling the whole day.

The funniest part must be the wedding cars breaking down... twice! There is a funny picture of Connor in his tux under the bonnet as it broke down bringing the boys to chapel first and then again when they picked up my bridesmaids. We found it hilarious because there had been so many setbacks on the lead up to the wedding that something was bound to happen, and this was not so bad. The cars were old but so beautiful and of course because of Covid, had not been getting out as much as they used to.

I will just say that we'll never forget this year but for all the right reasons. We got married and built a house and we are SO happy. Long may it continue.”

Congratulations Róisín & Connor, we wish you all the very best for a long and happy life together, we are so glad you could still get married on your chosen date despite all the setbacks of the year! 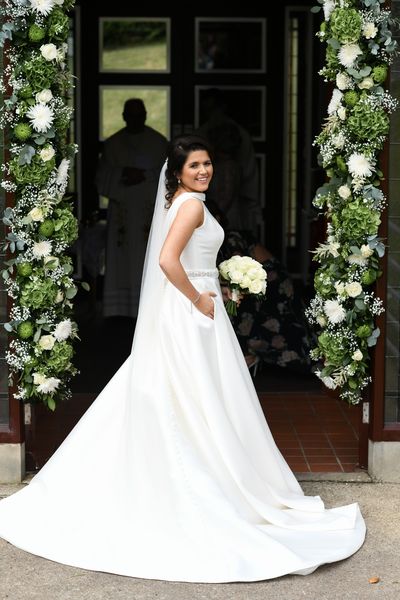 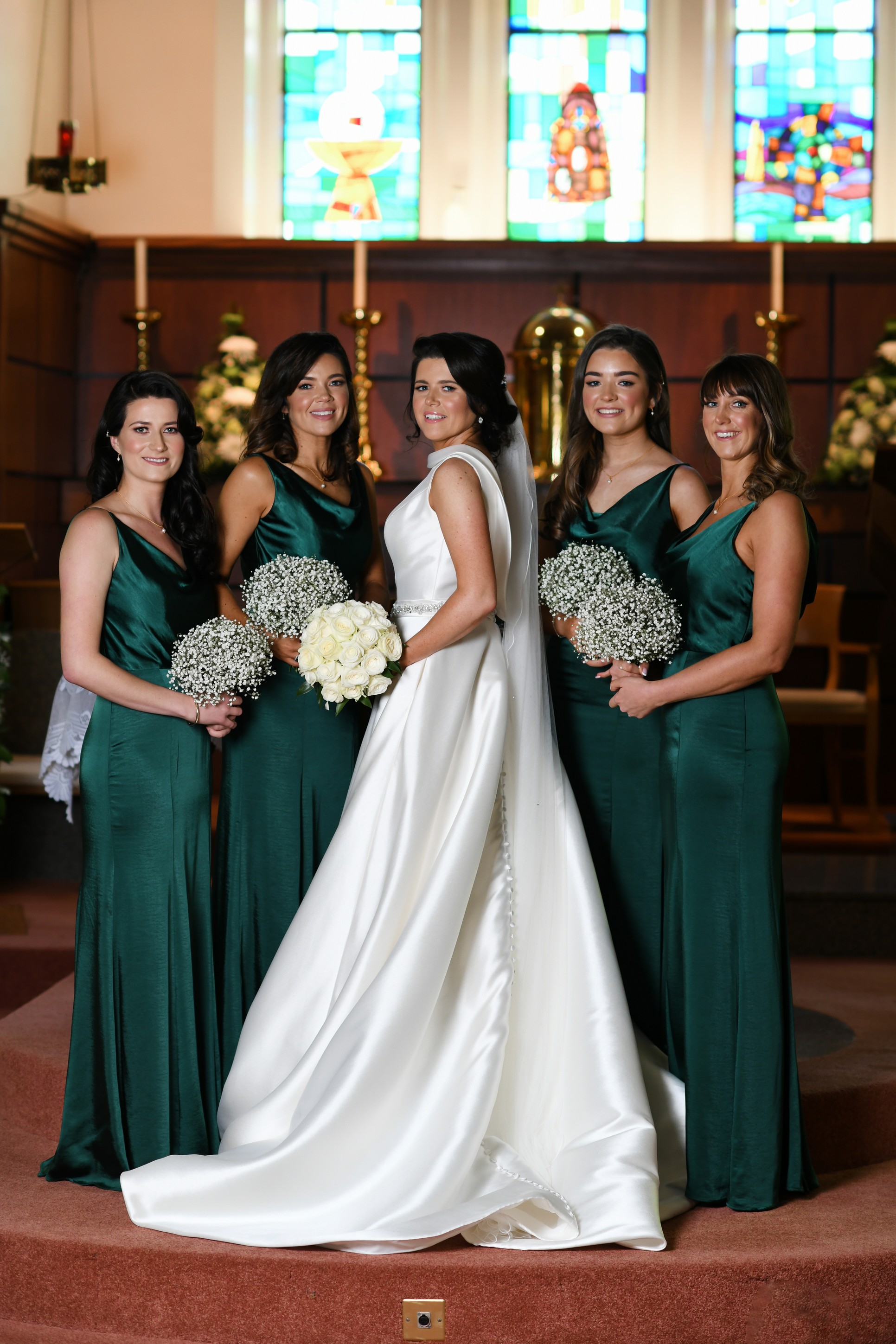 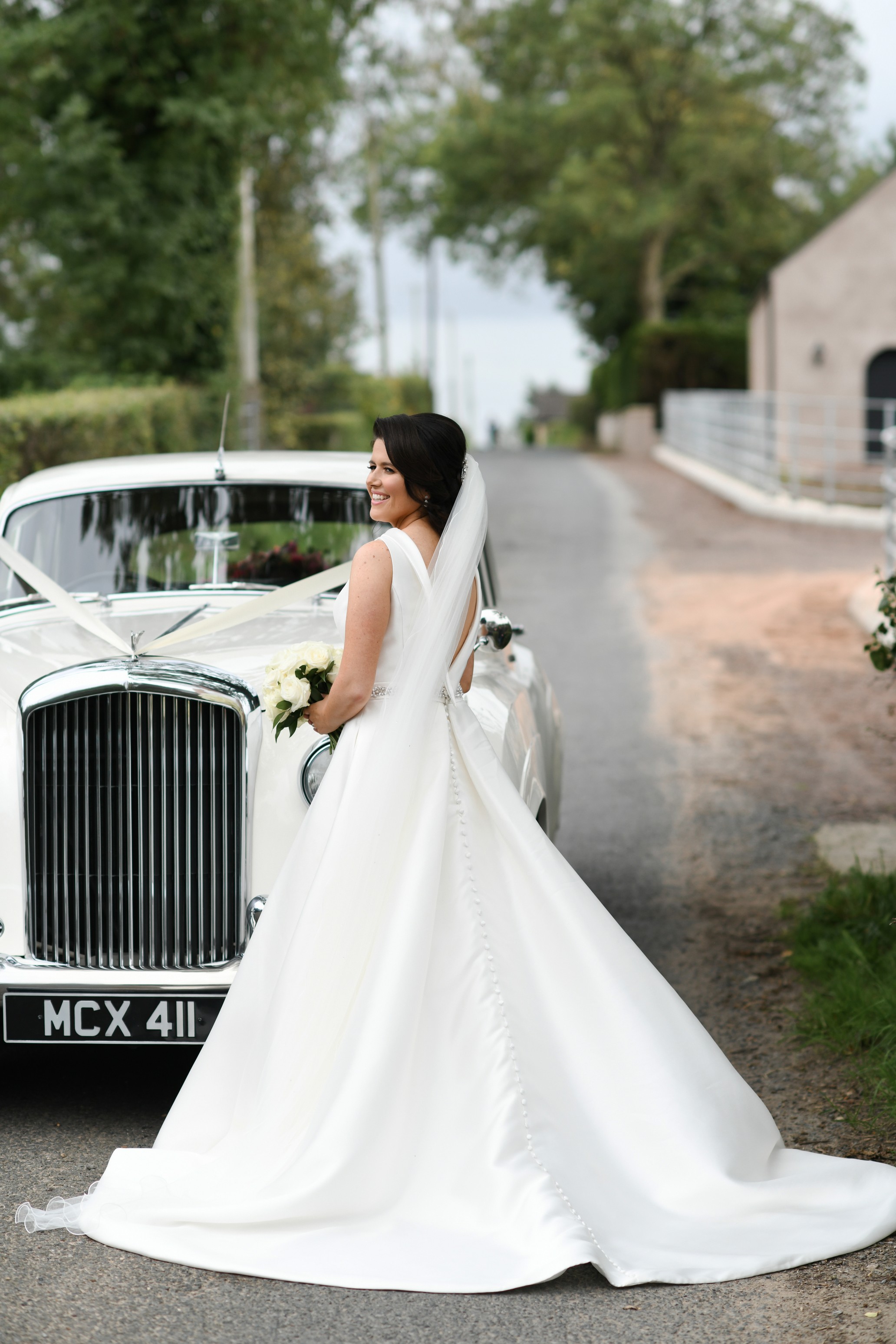